In August 2021 the Lord Lieutenant of Dorset unveiled a brand new blue plaque commemorating the life of nineteenth century reformer, human rights campaigner and philanthropist John Rutter. This was affixed to the wall at No 2 The Commons outside what had been Rutter’s printing and publishing shop. The project was driven by the President of The Shaftes-bury & District Historical Society, Sir John Stuttard, and funded jointly by The S&DHS and Shaftesbury Town Council. Interest in Rutter had been rekindled by Sir John’s publication in 2018 of a biography of The Turbulent Quaker of Shaftesbury, and revived an initiative first begun in 2003, to create and place, on the walls of buildings in Shaftesbury, blue plaques describing their historical significance. The 2003 scheme was the brain-child of the Shaftesbury Town Council Tourism Sub-Committee and The S&DHS, who received a lottery grant from ‘Awards for All’ to cover the cost of the eleven plaques. This community project was supported by Shaftesbury Town Council, Shaftesbury Civic Society, Blackmore Press, Swans Trust and Shaftesbury School.

Nine of the plaques were placed on buildings which were Listed. The project was completed in late 2004. There was already one blue plaque in Swans Yard, funded by Swans Trust. As part of the project, a display panel information board, including a painting of Gold Hill by Janet Swiss, was designed and fixed to the gate of the entrance to Gold Hill Museum.

Students of Shaftesbury School devised a Blue Plaque Guide, which has long been out of print and overtaken by additions. Local walking enthusiast Rachel Diment has taken on the task of creating a splendid up-to-date trail visiting all the blue plaques listed below (counting Janet Swiss’s painting as No 1) :

2.  Sun and Moon Cottage, 1 Gold Hill: A priest’s house for St Peter’s Church in the C16th. Then the Sun and Moon Inn, at the heart of Shaftesbury’s market days for over 200 years.
3.  Shaftesbury Town Hall, High Street: Built on the market place in 1827 by Earl Grosvenor who owned most of Shaftesbury, it replaced the open-arched New Guild Hall. Clock tower added in 1879.
4.  Swans Yard: This yard is named after a noted coaching inn and assembly rooms known as ‘The Three Swans’ which stood on this site until about 1794.
5.  Post Office: Site of the Angel Inn, home of Shaftesbury’s first postmaster c. 1667. A later building housed coachbuilders, then a car repairers. Present Post Office opened in 1946.
6.  The Retreat, 47 Bell Street: Site of William Lush’s Blue Coat school which gave free education, clothes and apprenticeships to poor boys from c. 1757 until 1870
7.  Shaftesbury Arts Centre, 13 Bell Street: Opened on 1st November 1957 in the former Market Hall, which ran from Bell Street to the High Street and was in use for nearly a century.
8.  Grosvenor House Academy for Young Gentlemen: 1723-1884. Miss Dunn’s School, 1884-1923. Shaftesbury High School for girls, 1925-1983. Architects’ offices of Philip Proctor from 1986.
9.  Old Fire Station (now Connell’s Estate Agents), The Commons: Site of the George coaching inn. The present building housed the Victorian horse-drawn fire engine manned by volunteers.
10. HSBC Bank: John Rutter, 1796-1851. Printer, publisher, author, political and social reformer, abolitionist, public servant, philanthropist and lawyer worked here.
11.  Grosvenor Hotel, 7 High Street: The medieval New Inn, later the Red Lion, was a posting inn on the Great West Road. Bought by Earl Grosvenor in 1820 and renamed the Grosvenor Arms.
12.  Toby’s Court, 1 Bimport: Site of Lord Arundel’s town house c.1590, later the Rose & Crown Inn. Present building c. 1835 may include parts of the old house.
13.  Ox House, Bimport: Ox House (c.1600), later enlarged, probably belonging to John Grove, a Shaftesbury benefactor. Featured as ‘Old Grove Place’ in Thomas Hardy’s Jude the Obscure.
14.  Edwardstow, Bimport: The centre part of the house predates the Dissolution of Shaftesbury Abbey in 1539 and is the oldest house in Shaftesbury.

and 15. (Nearby) the site of the medieval Guild Hall 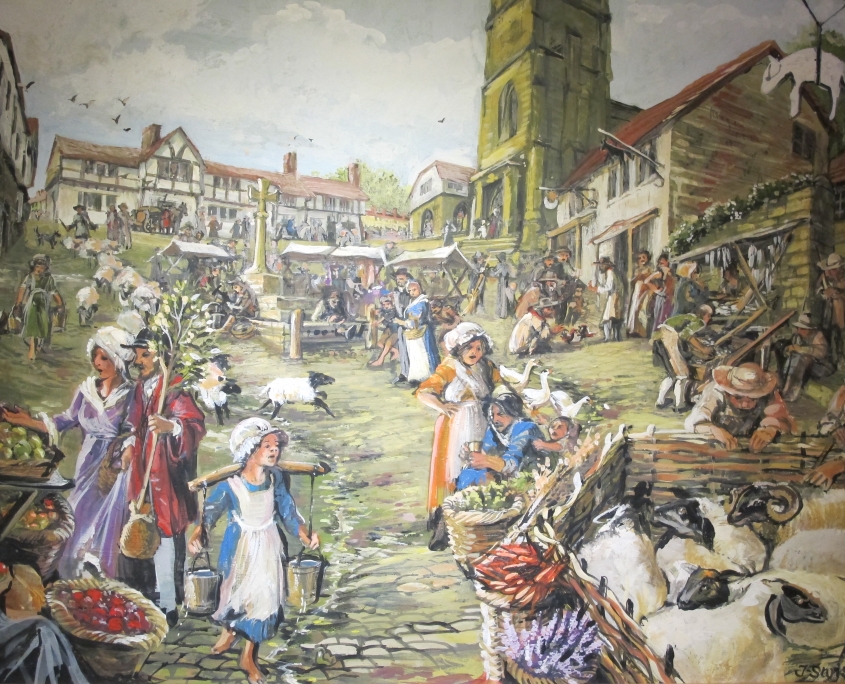 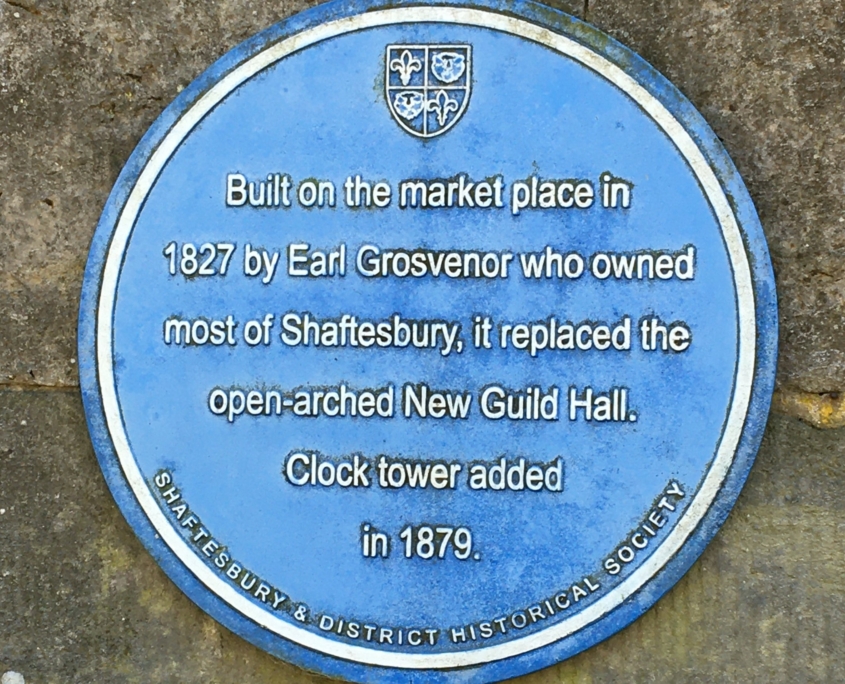