Summer Outing Welcomed by the Earl of Shaftesbury

On a sunny June afternoon 33 members of the Shaftesbury & District Historical Society assembled in the shade of Wimborne St Giles church to hear expert guide Sidney Blackmore describe the remodelling by Sir Ninian Comper after the disastrous fire of 1908. One of the alms houses, built in 1624 by Sir Anthony Ashley of St Giles House, was converted into the church vestry and the party was able to appreciate the compactness of the ten original dwellings. Sidney pointed out the memorials in the church to the first, third and seventh Earls of Shaftesbury, all significant figures in English history. The largest tomb, however, belongs to Sir Anthony Ashley who is credited with growing the first cabbages in England.

At St Giles House Nick Ashley-Cooper, the twelfth Earl of Shaftesbury, was able to show members the great strides he and his wife have made since 2010 in rescuing the house and grounds from many decades of dereliction. In the Library he pointed to saved books collected by the first, third and seventh Earls [Top image]. In the grounds he led the way to the restored eighteenth century grotto, decorated with thousands of delicate shells. On the edge of the sunken garden, with its copy of the Shaftesbury Memorial in Piccadilly Circus made from the original mould, he was able to show “before” and “after” photographs of key restoration works [Bottom image].

Members were uniformly enthusiastic about what they had seen. Retiring lecture and outings co-ordinator, Alan Carter, had gone out at the top with a spectacular success. 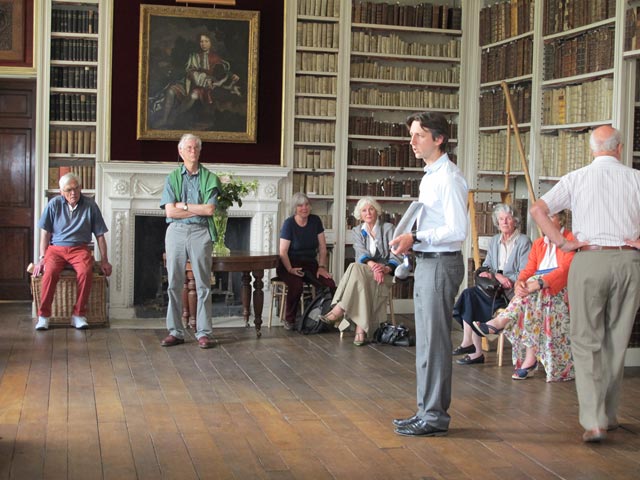 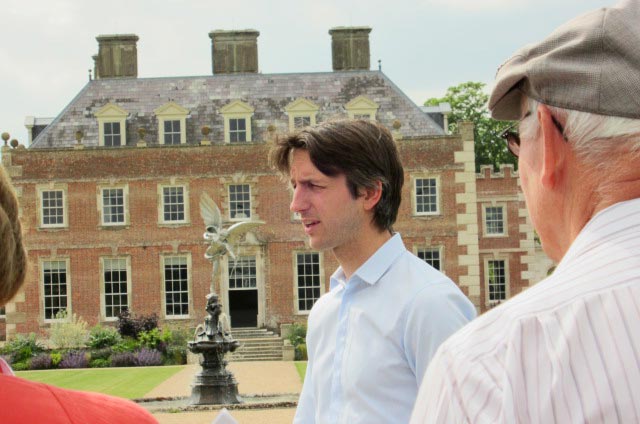